Sun AM Follow-Up: How to dish out samples of God's unusual goodness

Yesterday we had opportunity to corporately examine four straight rapid-fire parables about God's Kingdom given by Jesus in Mark 4:21-34 - to which, having heard, some came to Jesus privately and asked for further explanation and understanding. I made the claim: Jesus uses parables like these to offer a sampler of unusual goodness so that those who taste might inquire within.

Jesus used situations from everyday life to show that just as there is unusual goodness in everyday things like lamps, ingredients for baking, and the family farm - likewise life in Jesus' kingdom is both normal (lived out among marriages, work, schools, etc.) but infused with unusual goodness (eg., marriages are transformed, work becomes purposeful and redemptive, the aim of learning goes God-ward). Jesus' purpose seems to have been to doling out not an exhaustive understanding of life in the Kingdom but just enough unusual goodness that those interested might seek out Jesus afterwards for a better understanding.

As rich as our time in the Word was, I regret not having enough time to get to how those who have already tasted, seen, & taken refuge in King Jesus (Psalm 34:8) might likewise dish out little samplings of God's unusual goodness.

So here are three suggestions for giving others a taste of God's unusual goodness that might lead to further inquiry:

1) One's testimony. A couple weeks ago, we had our annual Testimonies of Thanksgiving Sunday and, per usual, it was so encouraging to hear the saints in our still young church see the pattern of God's plan and equipping in their lives, note how he was moving some of them into a season of trusting in Him alone, give praise for his faithfulness to sustain them with His Word and through Community, and trust Him to do miracles through prayer.

I went back and re-listened to the testimonies last week. Let me share with you two powerful phrases people used & I want you to try to listen to them as if you were not yet a Christian (and maybe you aren't): "All I really need to be complete is God"; "Having made a hard decision that took some courage, God really opened up the floodgates in our lives."

"Complete in God" - there are all kinds of questions that might emerge. "What does she mean by complete? Family life, inner emotions, sense of purpose? And does this mean God guarantees to tie up all the loose ends in my life?" Those questions are good and can be asked during follow-up, but Lord willing and by the power of the Holy Spirit hopefully the person hears is, "Complete in God" and responds: "Completion sounds really, really good." "Floodgates?! I don't know exactly what that entails, but it sounds really, really good."

So testimonies rarely lead contain full explanations of the gospel - God's plan for salvation - but the Holy Spirit often uses them to give people just enough goodness to cause them to approach you about it later and inquire further.

2) Dole out a "what if" in the face of unbelief. In high school and later as a university student I was highly involved in an organization called Young Life, whose mission is to love unchurched teenagers for Christ. A Young Life club meeting consisted of games, wacky skits, some type of gross food being consumed for entertainment of the masses, fun songs, a short gospel message, and usually one serious or spiritual song. During my years of involvement in Young Life there was one song that I heard more than any other: "What if what they say is true"...

Looking back, this was a perfect song for a group of curious but unconverted people. A series of questions for people who still say: I don't believe in that stuff. But: What if you did? How would that change your life? Most have not thought through the implications to the question: What if Jesus did rise from the dead on Easter? Most haven't considered how their lives would be different if there was a man claiming to be God, offered life-saving news, predicted his body would rise from death, and then - according to all available accounts - DID!
Asking "What if" in the face of unbelief is something I'm trying to do. I'll tell you why: 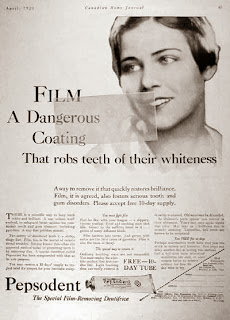 Everyone needs a carrot - a reason, reward, a clear motivating difference to invest even in investigating. I recently read the story of how advertising gave rise to the phenomena of brushing one's teeth. In America, for example, the rise of wealth in the early 20th century brought with it a concurrent rise in the consumption of sugary foods. So many American men drafted for WWI military service had rotting teeth, that the government officials declared dental hygiene a national security risk! And, yet, not even a declaration like this caused more than a few hundred people to brush their teeth. Nothing was working. So a company called Pepsodent hired a world-renowned advertising specialist named Claude Hopkins to try and popularize the use of toothpaste. There were all kinds of reasons to use toothpaste - but Hopkins was onto something - he recognized every person needed to immediately identify with a tangible reward in order to create in them a craving for it. So despite all the medical reasons for toothpaste, Hopkins zeroed in on the "mucin plaques on teeth" which he afterward called "the film." This film is a naturally occurring membrane that builds up on the teeth regardless of how much one eats or how often one brushes. In other words, the film is ultimately harmless. Nevertheless Hopkins pitch over the airwaves: Toothpaste will help get rid of that cloudy film you can feel on your teeth. He then would show people licking their teeth with their tongues and instructed his viewers to do likewise. What happened? People were immediately able to feel the film on their teeth even as they watched the ad. They immediately connected with a reason to buy-in to toothpaste.

Likewise, if we can help people consider right away some tangible need or some attractive betterment to their life, they might buy-in to at least investigating further. Throwing back to an unbelieving person this question of "What if it was true" causes them to imagine, to visualize for themselves life with a resurrected Lord. The possibility all of sudden seems more possible. The carrot, the reason, the reward has gone from a vague romantic myth to an articulated, shared, "I just said that out loud" possibility of life change.

3) Share thanks for the smallest examples of unusual goodness in regular life. As mentioned before, Jesus used lamps, ingredients for cooking & agriculture because these were items one ran across in during regular life in 1st century Palestine. A parable in fact was, above all, culturally-relevant in its communication of truth. What are such common touch-points in today's culture that express a similar thread of uncommon goodness? This particular method takes some consideration, playfulness, and creativity. Here are just a couple examples that came to mind: 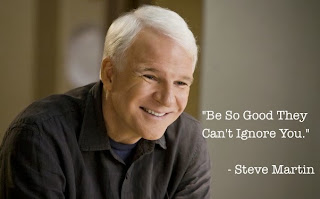 Especially as we consider how accustomed people are to complaint, the hope might be to express: The King is still present here & showing Himself to us through uncommon goodness - if we would but open our eyes to see. I tested out the GoogleMaps GPS example this morning on a few people in a coffee shop I frequent - one of whom responded: "Never thought about that. That's a pretty positive outlook. Any more good news you can tell me?" Um....yes!!! I mean the Holy Spirit just opened the door to respond to the question: Any more good news you can tell me?

Final Word. As I've tried encouraging you here with how you might give others a taste of God's goodness, I recognize the questions arise: But shouldn't I also explain about the costliness of following Jesus? Shouldn't I relate to them about how it's not always easy, that I still have doubts? Should we not also present to them a clear understanding of sin and the best news of all that trust in Jesus is the solution for sin against a Holy God? Of course, these essentials need explanation and there will be time for that - but in the knowledge that no one consumes a meal in one bite, let's first give them a taste of the unusual goodness of life in God's Kingdom that they might further inquire about these other essentials and so consume the whole message of the gospel.